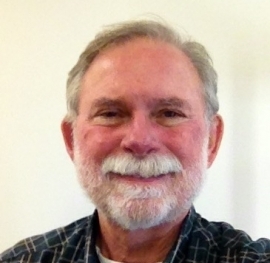 Dr. Russell Van Dyke, MD graduated from Stanford University in 1971 with a BA in Biology.  He received his MD degree from the Medical College of Wisconsin in 1975. He completed a residency in pediatrics at the University of California, San Diego, where he served as chief resident.   He then did a fellowship in Pediatric Infectious Diseases at the University of California, San Diego, where he worked in the laboratory of Dr. James Connor. In 1983 he joined the faculty of the Tulane University Department of Pediatrics, where he became head of the Section of Pediatric Infectious Diseases in 1995 and Professor of Pediatrics in 1995. His research interests include the management and epidemiology of HIV-infected and HIV-exposed children and youth, prevention of mother-to-child transmission of HIV, and antiviral chemotherapy.   He directs the Tulane Pediatric AIDS Clinical Trials Unit, which was funded as an NIH International Maternal Pediatric Adolescent AIDS Clinical Trials Group (IMPAACT) clinical site from 1990-2015. Since 2005, he has been principal investigator of the Coordinating Center of the NIH-funded Pediatrics HIV/AIDS Cohort Study (PHACS), a multi-centered longitudinal cohort study of HIV-infected and HIV-exposed infants and children. He is also the site PI for the PHACS SMARTT study of the long-term safety of in utero exposure to antiretroviral agents.  He has served as chair of the Working Group on Guidelines for the Prevention and Treatment of Opportunistic Infections among HIV-Exposed and HIV-Infected Children of the CDC and NIH and co-chair of the DHHS Panel on Pediatric Antiretroviral Therapy and Management Guidelines of the NIH.  He has also served on the FDA Antiviral Drugs Advisory Committee.