We honor the memory of members of the PHACS network who have passed on, and who made lasting and significant contributions to the the research and treatment of pediatric HIV, including study participants not named here, but whose lives we remember and honor as part of our extended family. 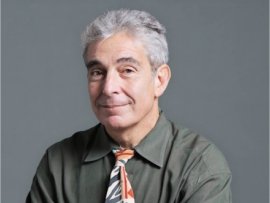 Dr. William "Bill" Borkowsky, compassionate healer and mentor to many and whose pioneering work on HIV led to interventions that significantly reduced mother-to-child viral transmission, died on March 14, 2021 at Memorial Sloan Kettering. He was 74. The son of Gitl Fuchs and David Borkowsky, Bill was born on March 6, 1947 in a displaced persons camp in Germany and came to New York as a child. For most of his career Bill was a professor of pediatric infectious diseases and immunology at NYU/Bellevue. After graduating from City College, he earned a medical degree from NYU and for 30 years was division chief of pediatric infectious diseases at NYU/Bellevue; during the peak of the AIDS crisis Bill was director of its clinical and virology labs. An early advocate and investigator in pediatric HIV and with over 250 papers bearing his name, Bill developed more sensitive tests to detect HIV in children that allowed for earlier treatment. He was also among the first to treat them with a 3-drug combination, now the standard of care. His research on the interplay between infection and immunity is now the basis of emerging work on how to one day cure HIV. Bill was quick to encourage and offer advice to his students, often with a summation of the literature flecked with references to "Lawrence of Arabia" or "Casablanca." Bill cultivated a family of diverse people, who like him were passionate about ending AIDS in children. Beloved by all who knew him, Bill was curious, empathic and insightful - as a physician and a human being. 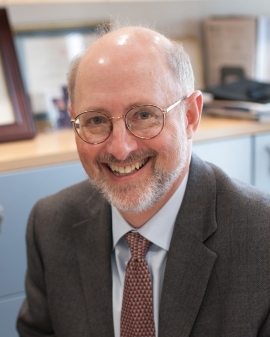 Dr. George R Seage III, MPH, ScD, was the principal investigator of PHACS for the last 15 years and a beloved leader, mentor, and friend to so many. His leadership on PHACS has led to increased understanding of the long-term impact and safety of in-utero antiretroviral and HIV exposure in infants. This knowledge has improved care and antiretroviral drug safety guidelines for children, young adults, and families all over the world. With over 200 publications in major scientific journals, he made immense contributions to our understanding of HIV transmission and prevention and disease consequences, translating the science into sound public health policy at the federal, state, and local levels. However, his proudest accomplishments were creating a nurturing environment for his research team, mentoring the next generation of HIV scholars, providing relief supplies to Puerto Rico following Hurricane Maria, and, most of all, raising his talented, kind, and thoughtful son, Greg. He also took great joy in and was dedicated to mentoring the next generation of infectious disease epidemiology scholars. George leaves a remarkable legacy not just in infectious disease epidemiology, but also in the great love he shared with his family and the indelible imprint he left on so many dear friends and colleagues. It was an immense privilege to work with him. 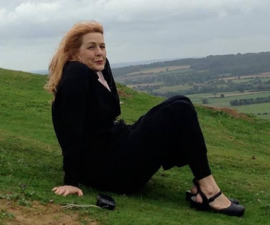 Shelley Buschur was a member of the Baylor College of Medicine research team since 1994. She was an HIV/AIDS certified RN and a certified nurse midwife. Originally providing physical and gynecological exams for the Women and Infants Transmission Study (WITS) and the PACTG clinical trials P185 and P358, she transitioned to study coordinator in 1999.  She was a coordinator for both PHACS and IMPAACT and a member of the P1026S/IMPAACT 2026 protocol teams and the PHACS Women’s Health Group. She was a true advocate for women and their babies who loved her. She provided education and compassion where participants knew that she had genuine concern for their well-being. Bringing in her considerable artistic talents, she brightened events and fundraisers providing extra fun and whimsy. She was a joyous, generous person who we will deeply miss.

“I’ve known Shelley for 25 years, she knew me since I was a baby. I was diagnosed with HIV when I was pregnant. Shelley was there for me during this time and made me feel very comfortable. She was one of the big reasons why I continued to participate in research.” -- Study Participant

“Shelley was my AIDS walk buddy, we always walked together and we finished together. That was her spirit, she was not going to leave you to finish alone. She would not let you fight alone. As a study participant, she made you feel that you were loved and not a lab rat. She made you feel so important, as if you were the only person in that study. We lost a great one. For you to know her, was to love her. You saw her light and love for this.” -- Study Participant

Shelley's obituary, capturing her big heart for life, arts, and her work on HIV research
A Houston Chronicle article about Shelley's love of art cars. 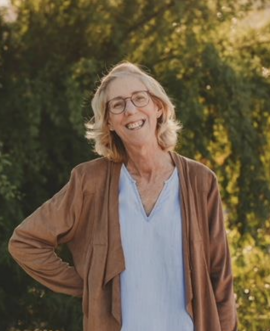 Dr. Tracie Miller, MD dedicated her career to practicing medicine as a pediatric gasteroenterologist and to research where she was a leader in the field of pediatric HIV disease focusing on the intersection of HIV and nutrition for children. Dr. Miller was an integral part of the PHACS network since its inception when she developed the research agenda on nutrition, growth and metabolism, ultimately producing many important findings. She was Director of the Pediatric Clinical Research at the University of Miami Miller School of Medicine and was a valuable mentor to so many in the clinical and research communities.

Donations in Dr. Miller's honor can be made to the National Cancer Institute via letter. The letter should include the donor name, address, the name of the loved one that the donor would like NCI to acknowledge for a memorial donation (optional), and their request to have the funding used to support Dr. Jung-Min Lee's ovarian cancer research in the Women’s Malignancies Branch: https://www.cancer.gov/about-nci/overview/contributing#1

Additional Link:
A physician faces her own ovarian cancer 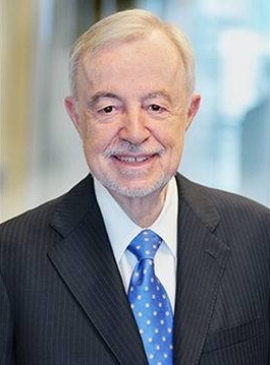 Dr. William T. Shearer, MD, PhD was the founder and former Chief of the Allergy and Immunology Service at Texas Children’s Hospital and Professor of Pediatrics and Immunology at Baylor College of Medicine. He was a luminary in the field of allergy and immunology, most famous for his innovative care of David, “The Bubble Boy” Vetter in 1979, which led to revolutionary immunologic discoveries. He aggressively pursued his passions in basic and clinical research in primary and secondary immunodeficiency with continuous NIH funding during his 40 year tenure. He published over 400 journal articles and 86 book chapters over his career and was a Chief Editor for Clinical Immunology: Principles and Practice, the premier immunology textbook, since 1996.

Because of Dr. Shearer's care of David Vetter, he and Dr. Ralph Feigin wanted to created a lasting tribute in David’s memory. For those wishing to make tribute gifts in memory of Dr. William T. Shearer, donations may be given to The David Center Fund at Texas Children’s Hospital by calling 832-824-6806 or by using this secure link: http://waystogive.texaschildrens.org/shearer
Additional Links:
Obituary for Dr. Shearer
NPR Tribute to Dr. Shearer
Photo: Dr. Judith Gravel

Dr. Judith Gravel, PhD was an internationally renowned pediatric audiologist and was the Director of the Center for Childhood Communication and held the William P. Potsic Endowed Chair in Pediatric Otolaryngology and Childhood Communication at the Children’s Hospital of Philadelphia. She edited three books and authored more 75 articles and 35 book chapters aimed at achieving a better understanding of hearing loss in children, and how best to provide pediatric assessment and management. Known for her influential publications and cutting-edge research, Dr Gravel excelled in the areas of pediatric assessment and management, with emphasis on behavioral and electrophysiologic assessment procedures. She was an integral part of the PHACS network in its early years, providing her scientific and clinical expertise to PHACS' Scientific Leadership Group. Dr. Gravel passed away on December 31, 2008, and since then, the Gravel Fellowship in Pediatric Audiology has supported oustanding students of audiology in her honor.