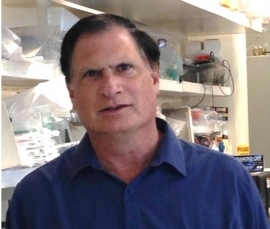 Dr. Stephen Spector, MD is Distinguished Professor of Pediatrics and Director of the Mother-Child-Adolescent HIV Program at the University of California, San Diego and Rady Children’s Hospital, San Diego. Dr. Spector has been involved with HIV/AIDS research since the beginning of the epidemic. He was the PI and chair of the Executive Committee of the Pediatric AIDS Clinical Trials Group for more than 10 years when HIV mother-to-child transmission was decreased from 25% to <2% and HIV infection was transformed from an invariably fatal disease to a chronic illness. His laboratory research has focused on the pathogenesis of HIV and CMV. He has led and participated in numerous studies that have examined the role of host genetics in antiretroviral pharmacokinetics, HIV disease progression and neurocognitive impairment, and the role of genetic ancestry in HIV pathogenesis. His additional research focuses on the role of autophagy in HIV pathogenesis with particular emphasis on the CNS, and the potential to use inducers of autophagy to kill selectively HIV latently infected cells leading to viral eradication and cure. Dr. Spector has served as a senior advisor to the William J. Clinton Foundation and to the President’s Emergency Program for AIDS Relief (PEPFAR). He was honored by the PACTG for “Exceptional Contributions & Leadership 1995-2006”, the South African Embassy to the United States for contributions helping to prevent and treat HIV infection of children, and the Special Parliamentary Committee on HIV/AIDS, Papua New Guinea. He is a recipient of the Gertrude and Herman Silver Award from the Children’s Hospital of Philadelphia “In Recognition of his work on behalf of children, adolescents and families affected by HIV disease”. Dr. Spector is an elected member/fellow of the Society for Pediatric Research, American Pediatric Society, Infectious Diseases Society of America and the American Association of Physicians.