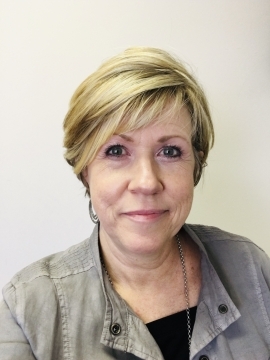 Dr. Smith has been involved in a number of efforts to understand the impact of chronic illnesses on the neurodevelopmental and psychosocial outcomes of children and their families.  Her career began working in neonatal/pediatric intensive care units and developmental follow-up clinics doing developmental assessments and interventions with severe and/or chronically ill children.  Then, during the early stages of the pediatric/perinatal HIV epidemic, she began work at the Walter Reed Army Medical Center where she was part of a research team investigating the course of HIV in individuals actively enlisted in the U.S. military and their children.  Shortly after, she began work at the National Cancer Institute where pediatric clinical trials (IV AZT and others) were offered to begin to understand and address the effects of being born with HIV. In 1992 she began at UIC where she joined a team of other investigators in examining the neurodevelopmental and psychosocial consequences of perinatal HIV. Over her career, she has contributed to the Women and Infants Transmission Study (WITS), the Pediatric AIDS Clinical Trials Group (PACTG), and the Pediatric HIV/AIDS Cohort Study (PHACS).  She has been co-chair of several Neurodevelopmental/Neurology working groups since that time and along with other investigators across the country has helped to guide the scientific agenda in answering questions to identify risks associated with perinatal HIV, risks and benefits of treatments, and strengths in the community of those effected by perinatal HIV. Additionally, she teaches graduate classes in Research Methods and Introduction to Statistics at Elmhurst College.